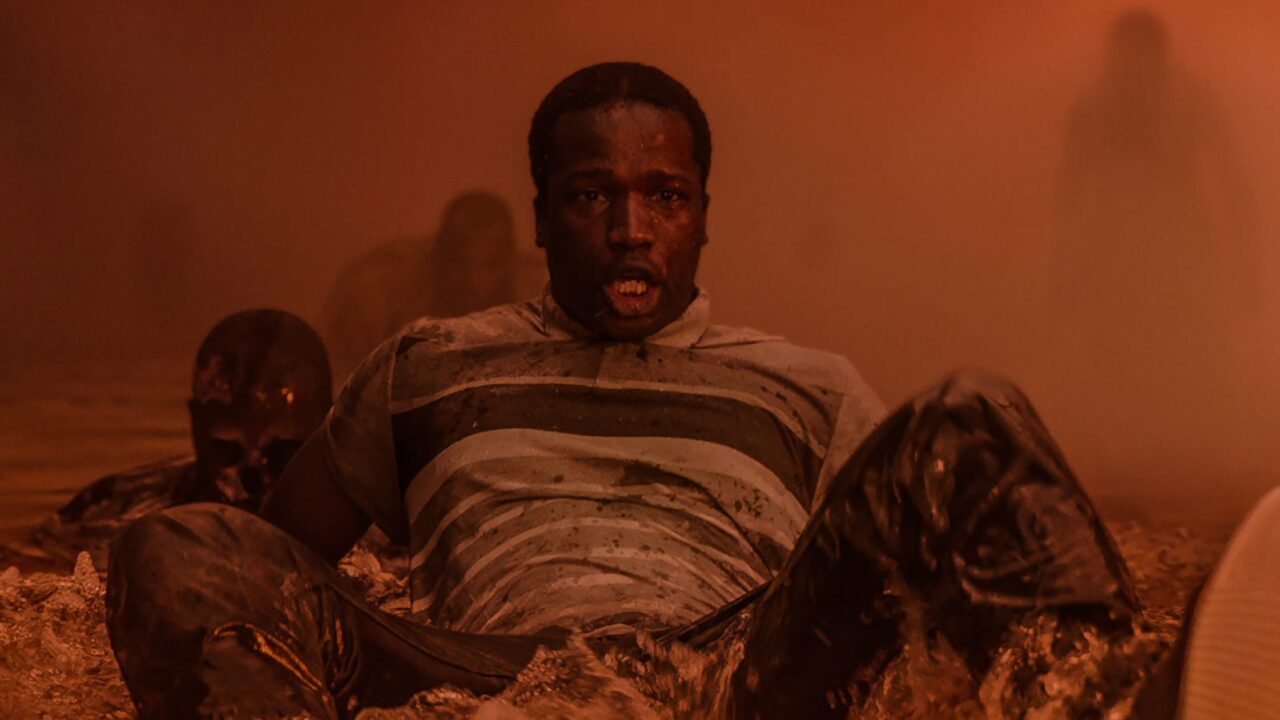 If Stranger Things season 4 has you all geared up for everything spooky, kooky, and all together ooky, but you just can’t wait for Volume 2 to drop, then let us take a look at the other horror offerings from Netflix! Now, this might seem like a daunting task, but lucky for you all, I am a generous and benevolent internet culture writer and so I have taken it upon myself to sort through the hundreds and thousands of current Netflix titles. Then, I whittled a list down to what I think are the very best. Obviously, there are favorites and classics that have been left off in the name of word counts and my carpal tunnel, so if you don’t see your favorite film, please share it in the comments!

If you’re looking for a new face on an old classic: Texas Chainsaw Massacre (2022)

A sequel of one of the best horror films to ever do it, the new Chainsaw Massacre (the 9th film of a gruesome series) takes place fifty years after the events of the original film. A group of young folk looking to gentrify the abandoned Texas town of Harlow, accidentally stumble upon the home of Leatherface and incur his wrath. When Sally Hardesty, the original sole survivor of the first film and now a hardened Texas Ranger, hears the news she decides it is time to go back and confront her demons (literally and figuratively.) Yes it’s a similar story structure to David Gordon Green’s Halloween, but I love Leatherface, slashers, and old broads kicking ass – and this film has all three. It also serves as an important reminder: don’t threaten Leatherface’s home and he won’t bother you!

Who doesn’t love a coming-of-age story about sisterhood, and also, cannibalism? The first film by Titane legend Julia Ducournau, Raw is brutal, beautiful, and disturbing. When lifelong vegetarian Justine enters her first semester at veterinary school, her older sister Alexia forces her to participate in a week-long hazing ritual that involves eating rabbit kidneys and being bathed in animal blood. And shit only gets wilder from there. Soon, Justine begins craving human flesh and uncovers some… bloody family secrets. Basically, no one does it like the French!

I’ve waxed poetic about His House before, but if you are looking for a film that is gut-wrenching, beautiful, and terrifying then His House is where it’s at. When a Sudanese couple (Wunmi Mosaku and Sope Dirisu) fleeing war-torn Sudan move into their temporary housing in England, things begin to go awry and it becomes clear they are haunted by both their traumatic memories and by a poltergeist-like creature that has followed them to their new home. It is a film about survivors’ guilt and PTSD, and it also has some legitimately unsettling jump scares. It is not to be missed!

Listen, it wouldn’t be a horror night if we didn’t have a little double-feature action! So let me pitch to you Creep and Creep 2! Starring Mark Duplass as the titular “creep” Aaron, the Creep films are full of pitch black, dark humor, and gory kills. While playing with and sometimes subverting found footage tropes, both films follow an unlucky videographer who responds to an ad and ends up embroiled in one psychopath’s twisted version of friendship. Creep 2 takes it to the next level by having the videographer, Sara (now a wannabe documentary filmmaker), willingly play along and foil a disillusioned Aaron’s attempts to scare her.

A different spin on your traditional zombie flick, Cargo is actually a post-apocalyptic road trip thriller in the style of The Road. Martin Freeman plays Andy, a man who must protect his baby from zombies and other survivors while trekking across the Australian outback. Along the way, he meets a young aboriginal girl named Thoomi (Simone Landers) who joins him on his search for safety. The performances are fantastic, especially the rapport between Freeman and Landers, and the zombies are especially creepy and… gooey.

If you’re looking for a gothic romance: Crimson Peak (2015)

Another film I love to rave about, Crimson Peak, is one of Guillermo Del Toro’s best. It’s lush, beautiful, and creepy. Plus, you see Tom Hiddleston’s ass. It is also a ghost story, and the oozing ghosts mimic the red oozing clay that is constantly seeping into the crumbling manor that our heroine finds herself trapped in. It is full of mystery, luscious costume design, and Jessica Chastain delivering icy cold barbs. If you want a film lighter on the jump scares but heavy on aesthetics, Crimson Peak is the one for you.

Inspired by Stephen King’s novella of the same name, The Mist features an incredible ensemble cast of Thomas Jane, Marcia Gay Harden, Andre Braugher, and Toby Jones (among others). David Drayton (Thomas Jane) is a poster artist living in a small town in Maine when a strange mist engulfs the area leaving him and his son trapped in their local grocery store. In the mist are horrifying monsters that eat anyone who ventures out into it. But inside the store it’s no safer because religious zealot Mrs Carmody (Marcia Gay Harden) is whipping up the trapped townsfolk into thinking that the monsters need a sacrifice, and lots of them.

The chemistry amongst the ensemble is great and it’s a fun, dark look at how quickly people can turn to madness, but it’s the bleak, hardcore ending that makes the film a classic worth returning to. I won’t spoil it here but let’s just say, the next time you’re driving down a foggy road listen for Thomas Jane’s screams echoing in the distance.

Set in the world of internet cam girls, Cam is a tense thriller about ambition, identity, and survival. Madeline Brewer plays Alice, a popular cam girl quickly climbing the ranks when she discovers one morning that someone (or something) has cloned her identity and replaced her on the site. What follows is an intense unraveling has Alice must go to desperate extreme measures to reclaim herself. It’s fun, trippy, and taught without feeling exploitative or judgmental of sex work. It is definitely one to watch!

—The Mary Sue has a strict comment policy that forbids, but is not limited to, personal insults toward anyone, hate speech, and trolling.—

Have a tip we should know? [email protected] 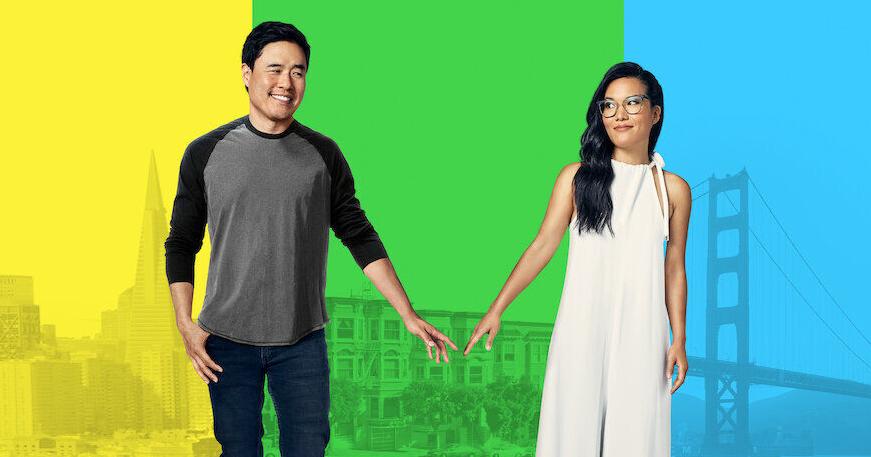 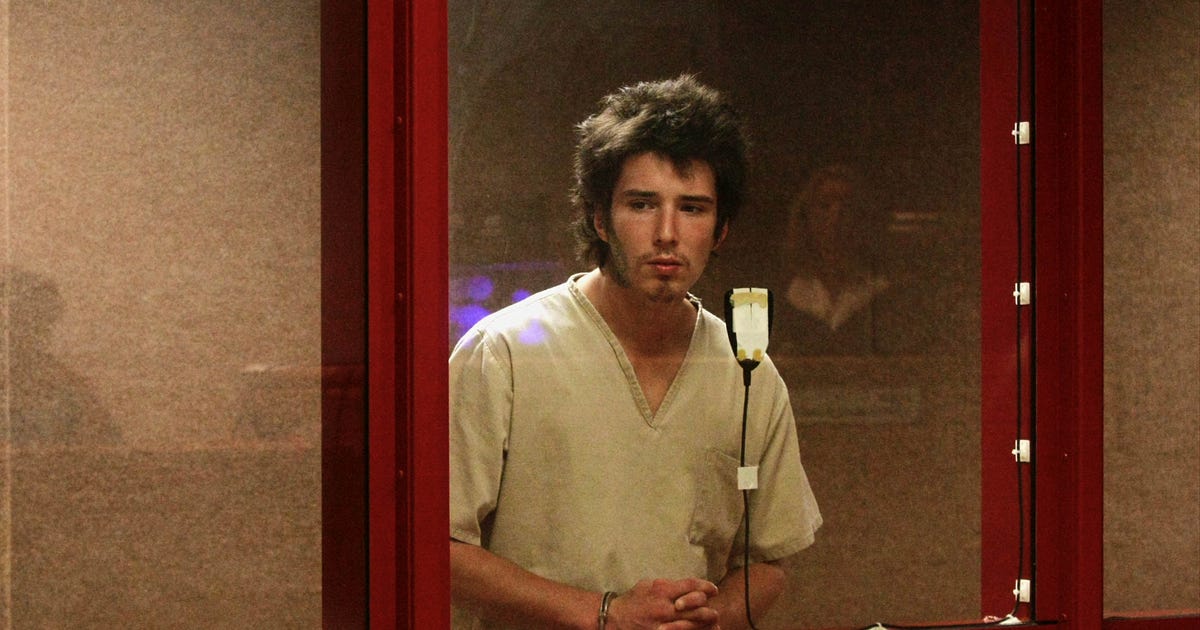